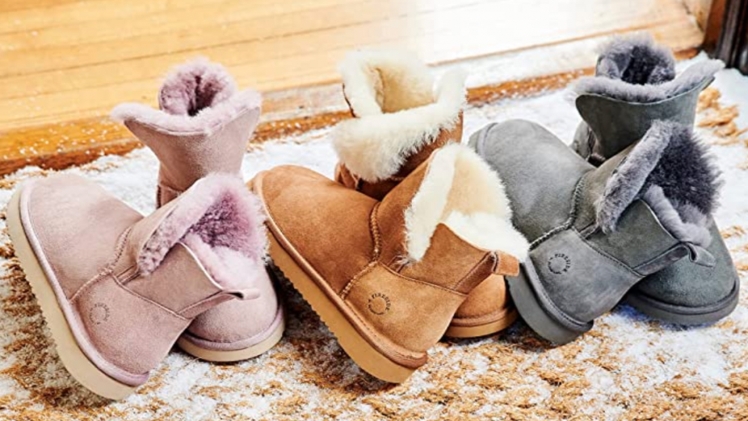 Fashion enthusiasts often mention UGG shoes in their conversations. The most evident reasons for their popularity have always been comfort, warmth, and ease of use.

Due to the practical benefits, these footwears have a global valuation of over USD 1,400 million. Originating in Australia, UGG Boots are now widespread in nations like the US, Canada, India, and other countries.

In addition to their practical advantages, UGGs have an exciting story for their emergence. As a modern consumer, you would enjoy knowing the root cause of this footwear’s global admiration.

So, without any adieu, scroll ahead and become conversant with the origin of UGGs.

The Origin of UGGs

Originally, UGG Boots were mostly limited to the continent of Oceania. Around the 1920s, sheep shearers in Australia and New Zealand used sheepskin boots.

The reason for using these boots was simple. Ordinary shoes couldn’t resist the impact of wool yolk. This yolk was a significant reason for regular footwear to rot eventually. So, to eliminate this effect, sheep shearers began using UGG shoes.

After some decades, Aussie surfers began using these boots. The shoes helped keep their feet warm after returning from a refreshing and adventurous surf. In the subsequent years, UGGs became even more popular amongst the youth due to their warmth and comfort.

Also, some local theatres banned using ripped jeans and UGG shoes. So, the utility of this footwear became a sign of rebellion, increasing their popularity exponentially.

Reasons That Make UGGs Stand Out

From practical use by sheep shearers to a sign of rebellion, UGGs enjoy multiple reasons for their extensive popularity. Still, how do you, as a customer, benefit from these shoes? Find out some of the main reasons in this section.

When one talks about UGG shoes, these adjectives are pretty evident. Most of this footwear is made from sheepskin. This material is well-known to provide a warm feeling to your feet.

In addition, their aesthetics make them a popular choice for parties, winter sports, or routine outings.

2. Compatibility with Almost All Apparel

With a diversified range of designs and colours, UGGs can match a wide variety of outfits. In addition, these shoes always offer room to experiment with formal, semi-formal, or informal looks.

So, this phenomenal compatibility is one of the primary reasons behind their popularity.

In the first instance, you might feel that UGGs are bulky. However, once you own this footwear, there can be a quick transformation in your perception.

People, especially those experiencing cold winters, find these shoes apt for practical purposes. So, the uniqueness of these shoes is another reason for their widespread utility.

The story behind UGG footwear’s popularity is indeed interesting. A practical thought from Australian sheep shearers was the main reason behind these boots’ emergence.

Who knew that a simple idea of avoiding damage from wool yolk could lead to a new type of footwear? Also, the use of UGGs by surfers proved as a catalyst in their usage by the urban population.

Warmth, comfort, unique appearance, and high compatibility are some main reasons for their inclusion in fashion gear. However, buying such boots from reputed online stores or offline shops is crucial. After all, you would always want to use original products for the best consumer experience.

What Are the Best Business Ideas?